Dr Kameel Majdali – Is it Time for a Reset? When we think about things like COVID, the culture war or cancel culture, we get a healthy dose of realism. Dr. Kameel Majdali from ‘Understanding the Times’ believes it has never been more important for us to build God’s kingdom. He wants to help us gain insight into what’s happening today, and also to have hope for tomorrow.

What is a reset?

The COVID pandemic has introduced a whole range of things we could never have imagined. Life has been vastly altered by lockdowns, mask mandates and vaccination directives. People were forced into quarantine. In some cases, the military joined with the police to ensure compliance.

There was in a sense a taste of martial law. Australia and New Zealand now have a reputation globally as being lockdown capitals. Israel reacted to COVID in such a way that their tourist industry is now in tatters. The goal was COVID zero, but the United Kingdom made a decision to live with the pandemic.

In a democratic society, those in authority are put in place by the people. They are meant to represent us. Emergency, temporary, extreme measures like lockdowns are understandable. But there’s no sunset clause. Does our reliance on the government need a reset?

Lockdowns happened again and again on a whim and for only a handful of cases. People need to ask themselves, are we being represented or are we being ruled?  To gain insight into what’s happening, we need to go beyond headlines and be more aware. 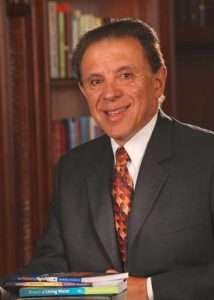 We can be more prayerful and become part of the solution, rather than part of the problem. We’re in what is called a great cultural civil war. It helps explain some of the bizarre things happening in society. “Like cancel culture,” says Kameel. “Western civilisation and globalisation are two distinct things. There are certain qualities happening today that are called Western, but they have nothing to do with the West, and everything to do with globalisation or globalism.”

In the cultural civil war, there are two sides. One side represents progressivism, cultural Marxism, statism, where the state is the boss. And of course, good old-fashioned leftism. The other side represents traditional values, Biblical or Judeo-Christian ideals and just normal conservatism of personal responsibility, limited government, maximum freedom.

The West itself was based on Judeo-Christian ethics and morality. Not everyone in the West is Christian, but they’re all beneficiaries of this heritage. It has been a major success story for many years. It’s not perfect, but the West with all its flaws is still the major destination for migrants worldwide.

The goal of the left is for a reset of everything, including the way the West is run. While the goal of the right or the traditionalist is to improve, or better still have a revival. In Western civilisation we have rule of law, we have representative government, we have free market economics. That has lifted millions and millions out of poverty. It has come with many good things, and some bad things as well.