Rethinking How We Resolve Conflict

Have you ever been caught off guard and said something you regret? Have you ever been offended or offended someone else and been surprised by the reaction? Some conflicts are minor, but in the worst-case scenario, they can lead to assaults, lawsuits, and even murder. 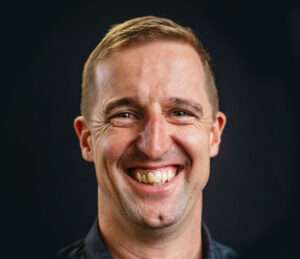 Wayne Forward, from PeaceWise Australia, thinks it’s time for a radical rethink on how we deal with conflict. He says when we find ourselves at the beginning of a dispute, whether it be at home, work or even at church, we often try to either escape it or resort to an attack response.

Wayne is the National CEO of PeaceWise, an organisation that assists Christians in using peace-making concepts as a matter of stewardship. He sees conflict as an opportunity, not an accident.

PeaceWise was formed in 2007 by a group of lawyers who focused on training adults on how to deal with conflict using a Biblical foundation. They wanted to allow the hope of the gospel to give an alternative to legal litigation. They also recognised the need to teach children the same life skills.

“We don’t want to miss this opportunity for our kids,” says Wayne. “Because if we teach them good ways to manage conflict, we’re setting them up to handle things in a powerful, Biblical way. It’s getting harder to navigate these situations, in fact, in some senses, people are actually seeking out conflict.”

Cancel culture is continuing to emerge, and the social media space allows people to post and comment with anonymity. This kind of a depersonalised response is fuelling more aggressive behaviour. This means that conflict is everywhere and on a growing scale.

“No one wants to go to work and face conflict every single day,” says Wayne. “But the reality is that’s what people are enduring. Yet we have the wonderful privilege to know the gospel of reconciliation. It not only restores our relationship with God, but is equally able to restore our relationships with one another.”

Scripture helps us build a framework from the Gospel on how to deal with conflict. In Corinthians, Paul talks about the surrendering of rights, and doing whatever we do for the glory of God. No one enjoys conflict. But even in the midst of it, we have the opportunity to glorify God.

“It presents this idea of a unique space of worship,” says Wayne. “With that in mind, it reshapes the situation. It’s not just an obstacle that needs to be navigated through. In the midst of that hardship, there is an opening to serve the other person and to understand ourselves and grow in Christ.”

In John:17, Jesus prays for unity. He knew it was going to be one of the hardest parts of our journey, and he prayed directly for us. That should give us a sense of reassurance as we step towards conflict and see it as an opportunity to live out our faith.

“We provide a simple framework for working through conflict,” says Wayne. “The first thing to ask is how can I glorify God in the space of this conflict? The second part is then following Jesus’ instructions in Matthew 7 to look at ourselves and consider our contribution to the conflict.”

The third point is the idea of gently restoring conversation. It isn’t about pointing the finger, but rather coming in a humbled posture, that will allow a coming back together in relationship. The fourth step is then to go and be reconciled where you’re able to move forward in forgiveness.

“There’s an aspect that we need to be able to humble ourselves before God,” says Wayne. “I think that’s the role of the Spirit. It brings our attention to those areas that God is wanting to refine into His likeness.”

“It takes humility that’s motivated and enabled by grace. We can humble ourselves in the full knowledge of Jesus’ forgiveness through the cross.”

You can find out more about Peacewise at their website